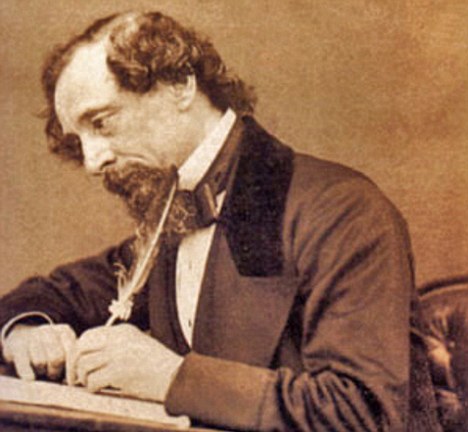 I Confess – I Hated to Read

Yes, I really did. I did poorly in just about every subject in grade school, primarily because I hated to read. I always assumed I hated to read because I was so painfully slow at it. For some reason, I’ve started thinking a lot about this lately. As much as I love reading and writing as an adult, I’m wondering why I started life off hating it so much? I’m still not a very fast reader, but it doesn’t deter me from digging into any book I choose to pick up.

As an adult, I’ve been primarily a reader of non-fiction. But because I have this urge in me these days, to write a novel, I thought it might be a good idea to start reading some fiction. (Ya think?) I’ve always known I should be familiar with the classics and recently, I started thinking about David Copperfield by Charles Dickens. I don’t know, it really came out of the blue. It got me thinking about my junior high school days when I was actually supposed to read it. I say, “supposed to,” because I never actually read anything I was supposed to in grade school. Did I mention I hated to read? And because I was always faking the required reading by studying back covers, I quickly grew to hate standing in front of the class giving book reports. I’ve always known I was never fooling the teacher, or anyone else for that matter, but it had to be done. One disaster led to another and I was quite the loner and all around failure in grade school.

About a month ago, I got a copy of David Copperfield and wondered what would happen if I actually read it—really—for the very first time. I opened it and started reading. EUREKA! I hadn’t finished the first page when it hit me like a ton of bricks. NO WONDER I HATED TO READ!!! It was the most difficult thick English brogue writing I had ever seen. I don’t even know if English brogue is a real term, but it’s what was going through my mind. I thought, “How could anyone expect a kid to read this stuff?”

I persevered. I continued reading David Copperfield, at a snail’s pace at first. But I found that the more I read, the easier it was to get into the flow of the writing. Once I had internalized the speech patterns of the characters, I began to move right along. I finished the book a few days ago and much to my surprise, I really enjoyed it. I found myself completely wrapped up in the story. So now, I know I can go back and read the classics I was supposed to read in grade school and actually enjoy them. I have no teachers to deceive and I want the foundation as a writer.

I actually did read Tom Sawyer and Huckleberry Finn back in the day. Well, most of them anyway…I think. It took me forever, but I kind of enjoyed it, I guess because they reminded me of all the kids I played with where I grew up. I’ll probably read more Mark Twain. I’ll probably even give Ernest Hemingway a fair shake.

I feel bad now that I’m over 60, for not giving these great authors the time of day as I cheated my way through grade school. In all fairness, I still don’t really know why I hated to read so badly as a kid. Perhaps I just didn’t want to take the time. As I mentioned earlier, even as an adult, I’ve always read non-fiction. I’m almost ashamed to say, it’s because I thought fiction was a waste of my time. I just never could come to terms with the idea that reading could be for enjoyment. It’s not like I’ve never seen anyone read fiction. One of my two sisters has been a bookworm her whole life. She has always had a novel open somewhere around the house. I will certainly be looking to her to lead me into this new world of fiction.

I suppose I should redeem myself by letting you know that I was very successful getting my undergrad and graduate degrees. It’s a whole new world when you allow yourself to read and enjoy what you’re doing.

What has been your experience with reading? Did you fake your way through grade school?

Writing In An Ideal Place? Where's Your House of Dreams? → 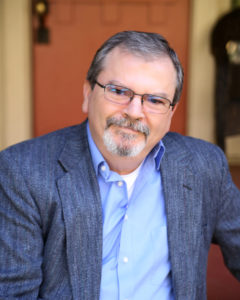 Sign up to get Chapter 1 of each book FREE!